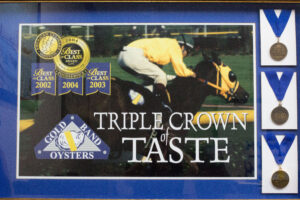 Founded in 1971, Motivatit Seafoods is a leader in oyster farming and processing. We offer a full line of fresh and frozen oysters as well as custom packaging. The brands we have developed guarantee the quality and consistency you deserve and our leadership team is dedicated to serve you fully and courteously.

Our patriarch, Ernest Voisin, together with his twin sons Michael and Steven Voisin, delivered on their initial plans to get involved in the oyster industry and make a difference. Our family business was built on the core principles of hard work, innovation, reliability and integrity. We believe in being there for our customers through thick and thin.

Since the 1700’s, when the first Voisin arrived in Louisiana from France, a deep respect for the environment was established and passed down from generation to generation. Our ancestors first settled in southern Terrebonne Parish. They learned quickly how to live off the land and soon realized how plentiful yet unforgiving this area can be. Even though the pristine swamps and marshlands presented challenges for our forefathers, they recognized how lush, rich and abundant coastal Louisiana truly is.

The Voisin’s have been harvesting, processing and delivering their oyster products to a variety of markets throughout the years. Their oysters are fed by some of the healthiest fresh water wetlands in the world and are salted to perfection by the Gulf of Mexico. When you are in the New Orleans area, we invite you to come down to Houma (approximately an hours drive) and let us feed you oysters off the very reefs our foregoers have harvested from for nearly 250 years. 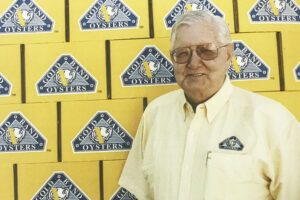 Excerpt from Terrebonne Parish: Stories of the Good Earth

Ernest Voisin grew up speaking Cajun-French. His parents, fifth generation immigrants from France, were among those who settled in the Bayou region of Louisiana. However, young Ernest was forced to speak English in school; and, that was the impetus that fueled his ambitions.

In 1947, following High School Graduation and a restless period, Ernest headed to Southern California and found a new life and a new culture. He was smitten with the lifestyle, married, settled in Torrance, and had five children.

He joined a small plastics company and entered management. He took college classes and learned about business operations and development while supporting his family. He divorced, remarried, and decided to move back to the bayou. He, and his brother, Charles, spent hours mulling over designs and blueprints that would enable them to construct an automatic oyster dredge. It was not without trial and error, but they persevered, applied for, and were granted a patent on the apparatus. Soon thereafter, Charles decided to pursue other interests. 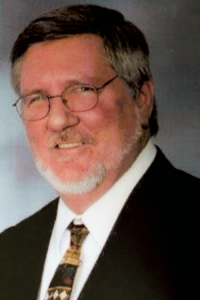 Motivatit Seafoods was incorporated in 1971. Ernest, along with his twin sons, Michael and Steven, began building oyster boats and automatic oyster dredges while operating an oyster processing facility. Ernest’s day to day management style, engineering talent, willingness to take risks along with his vast experience enabled the company to prosper. Together they either purchased or discovered several thousand acres of oyster leases and started working with Harry Dardar, Sr., a fisherman who taught the family many things “out on the water.”

Ernest had come a long way since his humble beginnings and was crowned “King” of the 1976 Oyster Festival in Bayou Lafourche and Michael was crowned “Prince” the same year.

A rewarding relationship with A. J. Buquet/Buquet Canning Co. resulted in the purchase of the latter’s business location, more oyster leases, and the majority of their oyster boat fleet.

Ernest and sons continued growing the business and established two distribution points–Los Angeles and Miami. They constructed the M/V Miss Joyce (a 75.9-foot steel hull oyster boat) at the shop and launched her in 1989. Not long afterward, Ernest’s wife passed away at a very young age.

In the 1990s, Motivatit became concerned for the safety of its customers due to the bacteria Vibrio Vulnificus. The Voisins searched for a way to remove the bacteria without altering the raw oyster’s characteristics. They tried irradiation, depuration, and several freezing methods without any success. One day, Elgin Voisin, Ernest’s cousin, was reading a magazine about the Flow International Corporation. Flow recently developed a high pressure processing machine capable of killing bacteria while leaving the products taste and texture in perfect condition. Ernest, along with Dr. Marilyn B. Kilgen of Nicholls State University, tested the oysters through the innovative equipment and discovered that the bacteria was eliminated and, surprisingly, the abductor muscle had released from the shell, literally shucking itself. A patent on the process was applied for and granted.

Ernest remarried in 2006. A couple of years later, in 2009, Ernest passed away leaving a legacy that would serve his heirs well into the future. Michael continued with special attention to the industry development, public relations, and community involvement. Michael passed away in 2013. The industry lost one of its strongest voices. Steven has been instrumental in oyster farm development, processing and special projects. Steven, along with several of Ernest’s grandchildren is continuing his father’s and brother’s legacy.

Motivatit’s mission is to: Lead the way in Oyster Production, good manufacturing practices and food safety compliance in order to satisfy customers with reliable, quality products. 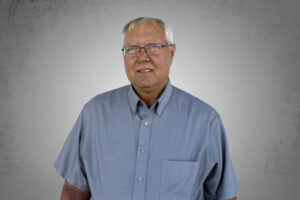 Today, Motivatit employs 80 to 100 people including an amazing team of managers and supervisors and has income exceeding $10 million annually with a customer base established throughout the United States. The company harvests oysters from its farm and public grounds, purchases oysters from several producers along the Gulf and East Coasts, processes a full line of oysters, and leases property to other companies in its industrial park. 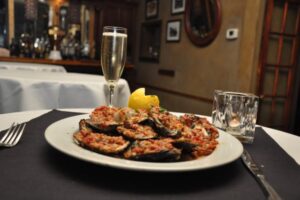 There are many family owned oyster companies, but Motivatit Seafoods sets itself apart with a high level of trust between the members of its management, President and CEO Steven Voisin explains.

“As the years went by, there was never a time where there was any doubt about what was taking place amongst the family,” he recalls.
That has benefited the Houma, La.-based company, which his father, Ernest, founded in 1971. A native of Louisiana, Ernest Voisin previously worked in the aerospace industry in southern California.
Although it was a different industry, the elder Voisin’s experience gave him business skills that would be critical when managing Motivatit. Eventually, “He wanted to move home and get back involved in the seafood business, particularly oysters,” Steven Voisin says.
When Voisin and his brother, Mike, joined their father, the three started the company. Today, Motivatit specializes in oyster farming and processing and offers a full line of fresh and frozen oysters, along with custom packaging.
The company employs a staff of approximately 100 workers that strive each day to process 500 sacks of oysters and sell the excess sacks to other processors. “We provide them to restaurant groups, wholesale distributors and some casinos,” Steven Voisin says.

Food safety is critical for Motivatit and it strives to ensure its oysters are bacteria-free. Through the use of its high-pressure processing (HPP) system, the company reduces Vibrio bacteria levels to non-detectable levels, but without the use of heat and any change to the product’s texture.
The company’s patented HPP process even shucks the oyster. “The abductor mussel is released once the process is finished,” Voisin says. “It’s a whole oyster floating around within its shell.
“We also feel that the process helps enhance the flavor a little bit,” he adds, noting that the source of the oyster plays a part. “Some areas just have a different flavor than some areas with different currents.”
Motivatit also strives to avoid bacteria at the boat level, Voisin adds. “[We have] changed the methods with which the boats have to harvest the oysters,” he says, noting that the regulations change constantly.
“Every year, it seems to get a little bit tougher on the harvest, which creates a little bit of hardship,” he says. “That has been a big concern.”

Voisin is proud of Motivatit’s staff. “We have good people,” he says, highlighting the company’s management team, which includes many longtime veterans of the company.
Motivatit keeps its employees’ skills strong by providing them with constant training, Voisin says. This is essential since oysters are more complex than other seafood products, such as clams. “Oysters are irregularly shaped,” he says.

Motivatit will celebrate its 45th anniversary next year.
“We’ll have a little in-house dinner,” Voisin predicts, noting that the company will have an even bigger celebration when it reaches the 50-year mark. The operation also will continue growing, he believes.
“Little by little, we’ve been growing as we’ve been going all along,” Voisin says, adding that he is developing a succession plan.
After the deaths of his father in 2009 and his brother in 2013, “I’m the last man standing,” Voisin says, noting that he plans to manage the company for a few more years.
“But there’s going to be a transference to the next generation.”
Although the process is in the early stages, “That’s a big step,” Voisin admits, noting that he wants Motivatit to enjoy continued success under the leadership of his children.
“My responsibility is to prepare them to take care of things properly.”